Bluegrass music is by nature music that invigorates the soul and makes you instinctually tap your toes. Monroe Crossing dazzles audiences with their original spin on bluegrass music. They have entertained people across the United States, Canada, Europe, and now are making their way to Mahtomedi, Minnesota for a great show! Hailing from the Twin Cities, the band attracts bluegrass connoisseurs and newcomers to the genre too. They love introducing people to the fun and excitement that is bluegrass music.

Monroe Crossing is built on the steady foundation of five unique individuals with varying musical backgrounds. Inspired by the music of Bill Monroe, the “father of bluegrass music,” the band formed Monroe Crossing.

Monroe Crossing boasts many honors, including “Bluegrass Album of the Year” by the Minnesota Music Academy in 2003. The band was recently inducted into the Minnesota Music Hall of Fame. Twice, Monroe Crossing has showcased at the annual “World of Bluegrass” convention hosted by the International Bluegrass Music Association. This year, the band will have the honor of being the first Minnesota bluegrass band to ever preform in South Korea.

Whether you have a love for bluegrass or are interested in something entertaining and new, check out Wildwood Artist Series first performance of the season, Monroe Crossings, on October 14 at 7:30 p.m. 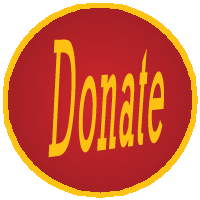